If you have ever once in your life touched a computer and went on the Internet, there is no way that you do not know of the word “anime”. I am sure that almost all of the citizens of every single developed country have heard of the term or even watched a lot of these shows already. Ever since anime experienced its incredible rise in popularity, its fandom has become bigger and bigger with each day passed. Until now, the anime fandom has become such a humongous community that there are not many fandoms that can match it. However, with the humongous increase, the anime fandom has been having a big problem. That problem is the fact it has become such a divisive community.

Now, as the community has become so huge as well as divisive, there is no way that a single show can manage to satisfy everyone. Thus, after its rise to popularity, the number of anime shows that was popping up each year has also experienced a huge increase. As a result, the anime market is quite overpopulated at the moment. For instance, each year there will be at least fifty anime shows debuting, so you can imagine the sheer number of anime shows there are. Thus, for a lot of fans, choosing a good anime has become a big issue. That is why I have done all the hard works and put together this list of 10 Most Viewed and Admired Anime Show of All Time as of 2023.

Admit it, there is no way that there could be any other anime that is worthy of this position. This anime is based on the manga series of the same name, which has been in publication since the 22nd of July, 1997. The manga is currently at the 90th tankobon volume, making it one of the longest-running manga of all times. In 1999, Toei Animation debuted the very first episode of One Piece the anime show. This show has been running continuously without any trouble ever since that day. Illustrating the adventures of Luffy and his pirate crew on their way to find the legendary One Piece treasure, the anime has remained the single most popular anime show of all times. It also has the most episodes out of all anime shows, with 800. 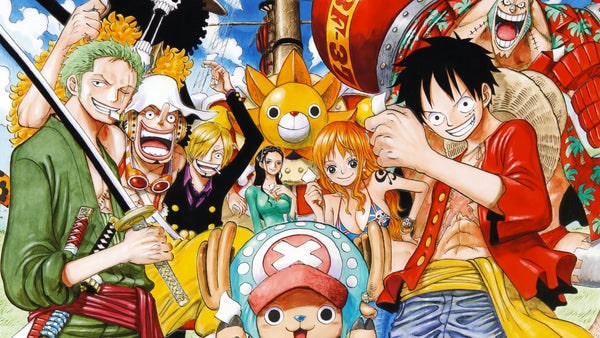 If One Piece is the most popular anime of all times, then there are no other anime shows more suitable for the second place than Naruto. After all, this anime show is the only one that can compete with One Piece in its peak days when it comes to popularity. The anime is based on the manga of the same name, which is the third best-selling series of manga throughout history. Telling the stories of Naruto, a loudmouth, cheerful, and hyperactive personality, the anime has managed to pull in so many fans throughout the entire planet. The main character, Naruto, hid under his cheerful personality a lot of deep wounds that were inflicted by his own villagers. However, he did not let them drag him down. 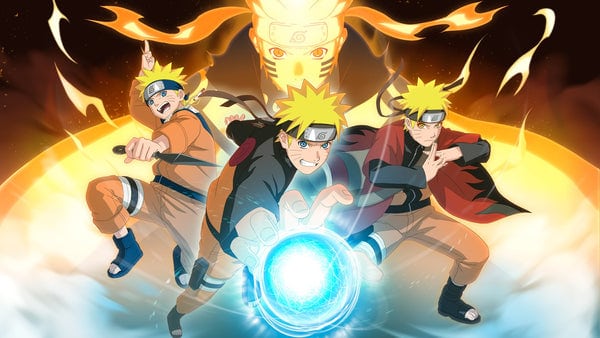 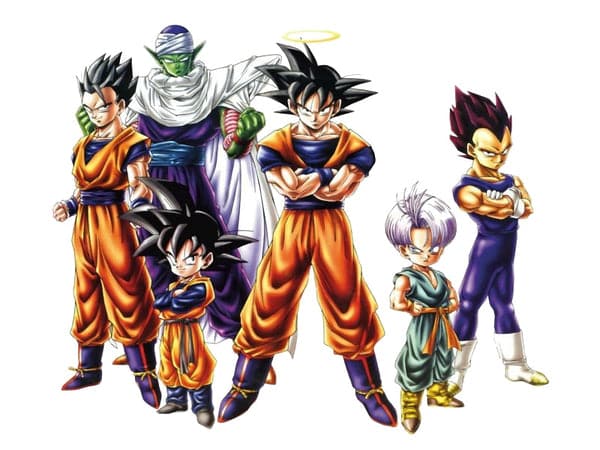 The second adaption of the manga Fullmetal Alchemist was an instant success. After all, both the original manga as well as the first anime adaption have been all smash hits. These shows had managed to build up a hype level like no other for the imminent release of this anime. Nonetheless, Fullmetal Alchemist: Brotherhood proved that it in itself is already a masterpiece and became a full-on smash hit without the hype from its predecessors. This anime show had managed to illustrate perfectly the feel of the original manga, sometimes even elevating it to a new level. As always, the story follows the steps of Edward and Alphonse Elric in their adventure as alchemists. During the journey, they encountered many dark sides of people they met as well as their colleagues. 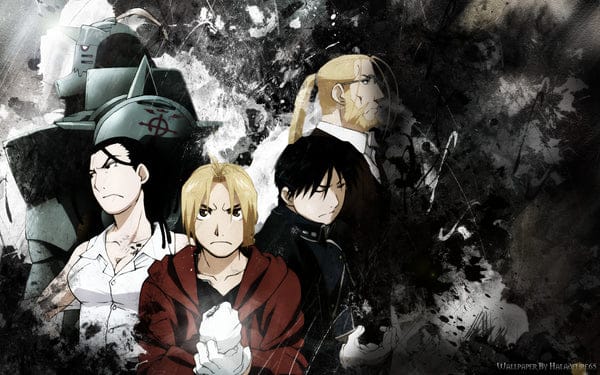 This anime is, undoubtedly, one of the edgiest anime shows of all time. I am sure that you must have heard of it at least once if you know of the word “anime”. After all, it was one of the first anime shows to actually use a villain as the main character, something quite unusual for its time. The anime show debuted on the 3rd of October, 2006 and completed its entire run of 37 episodes on the 26th of June, 2017. Following the steps of the teenage genius Light Yagami, the anime depicted beautifully how a boy who initially wanted to do good got corrupted slowly by power. In addition to the beautiful depiction of human nature, this show also has one of the best mind duels of all time. 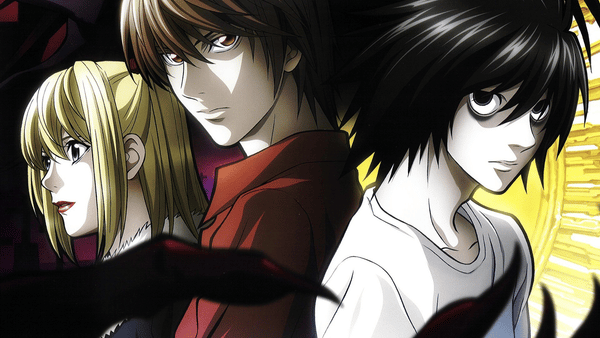 If we talk about fanservice, then I do not think that there is an anime show that can compete with Fairy Tail. Debuted on the 12th of October, 2009, this anime show took over Japan like a hurricane due to its bold services for fans. This is not without cause, as the original manga that the series is based on is also quite popular for the way it does fan services. However, this does not take anything away from this masterpiece. After all, it is still one of the happiest and hopeful anime that I have ever seen. In addition, it has some seriously beautiful fighting sequences for itself. That is not mentioning the great cast of characters. Based on the best-selling light novel of the same name, this anime debuted in July of 2012. Even though the anime show has the least amount of episodes out of all the anime shows appearing on the list before it, it is still one of the most popular anime series of the modern-day. With this anime, the wavering popularity of the anime genre was reignited and become brighter than ever. The anime was so successful, it drew out a multitude of sequel series as well as video games basing on it. The main character of the series is Kirito and we will follow his steps through all kinds of VR games. The main reason the series was so loved was due to its beautiful depiction of the VR game world. 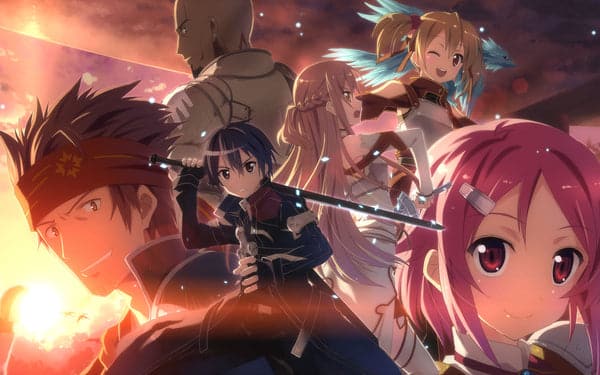 Another fighting anime show for this list, Hunter x Hunter deserves this spot more than any other show. After all, it has managed to gather a humongous legion of loyal fans. The reason for it is because of the beautifully crafted storyline. In this anime show, every single character has their own story, no one ends up where they are without any kind of explanation. Debuting 24th of July, 2011, this series follows Gon Freecss, a Hunter who is trying to find his father and catching up with his steps. Along the way, he met and befriended a lot of peculiar but cute characters who all have their own backstories. Thanks to its great depiction of fighting sequences, the series got a lot of fans quickly. 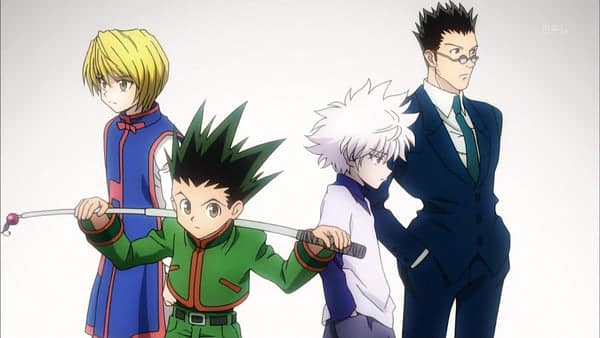 Arguably the single most popular anime shows in recent years, Attack on Titan is the one show that has made all the people saying anime shows are for kids shut up. Depicting a world where Titans are the ones controlling and humans have to hide from them, this series made you feel that grim reality right in the first episode. Watching Attack on Titan, you can practically feel the lost, gritty feeling of this world through the screen. However, it became a fan-favorite not because of that feat, but due to the hopefulness that every single character exudes. 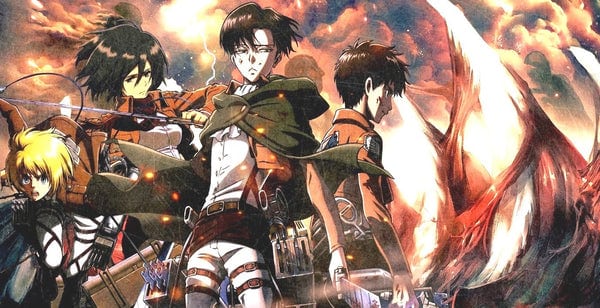 To close out this list, I would like to use one of the most known classics of the anime genre. The Cowboy Bebop series is surely something that is quite familiar to all of us Western fans. After all, aside from Dragon Ball, it is one of the very first anime shows that was able to break into the market with no difference. The anime instantly became a hit due to its deep storyline, the peculiar cast of characters, as well as the beautiful art style. Throughout the years, there have been many attempts at making something similar to this anime series. However, all of them failed. Cowboy Bebop is, truly, one of its kind. 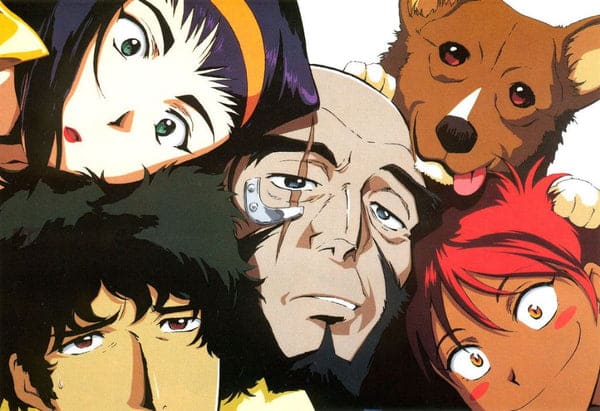 Posted in:
News
Previous article
So Bad It’s Good: 5 Strangest Anime To Watch as of 2023
Next article
10 Vibrant Anime Board Short For Spring & Summer in 2023
We’re Here to Help